Is it time for the city of Walla Walla to update its flag design, or should it just be left as is?

Starting now, you can have your say about it.

Get our free mobile app

In the spring of 2020, residents of Walla Walla were asked to submit original designs for a possible new Walla Walla city flag. Unfortunately, the project had to be set aside in April so the focus could pivot to responding to the growing COVID-19 pandemic.

A second phase of the design contest was introduced in late 2020, focusing on young artists. You can see all of the submitted designs, from both phases of the contest, here. All submissions were turned over to the City's Arts Commission, whose members voted on the flags they felt best represent Walla Walla.

The six designs presented below are those that received the most number of votes by the Arts Commission. Below each design is the artist's description of what the flag represents or symbolizes.

Click here for a form you can use to rank up to three of your favorite designs and submit your votes. The form will be available beginning today, Flag Day, June 14, until June 28, 2021.

Finally, the three entries that get the most votes will go back to the Arts Commission for a final decision on one winning design. That design will be presented to the City Council to take up whether to adopt it as the new city flag or keep the one that currently flies 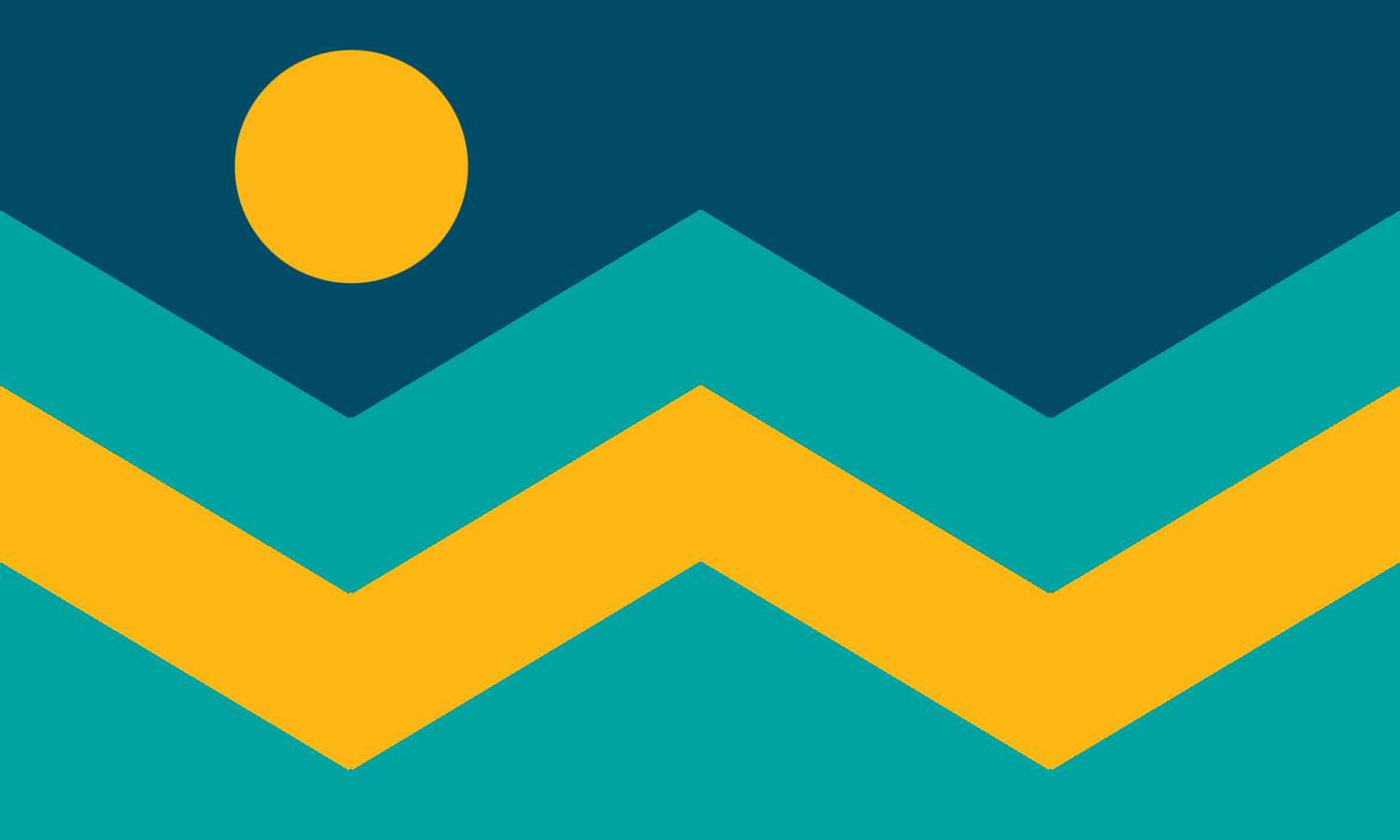 A series of W's representing the sky, the hills, the fields, and the river with the sun rising above. 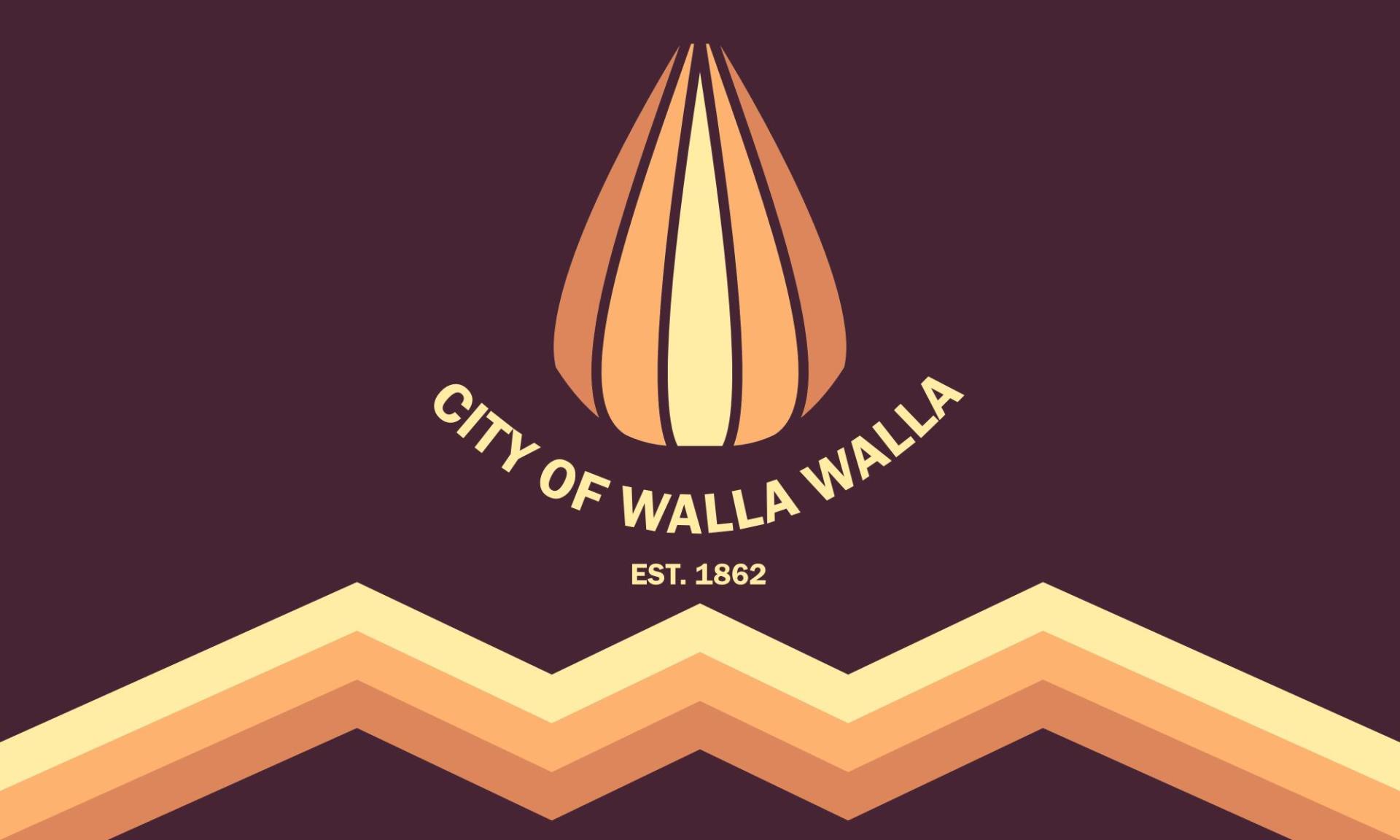 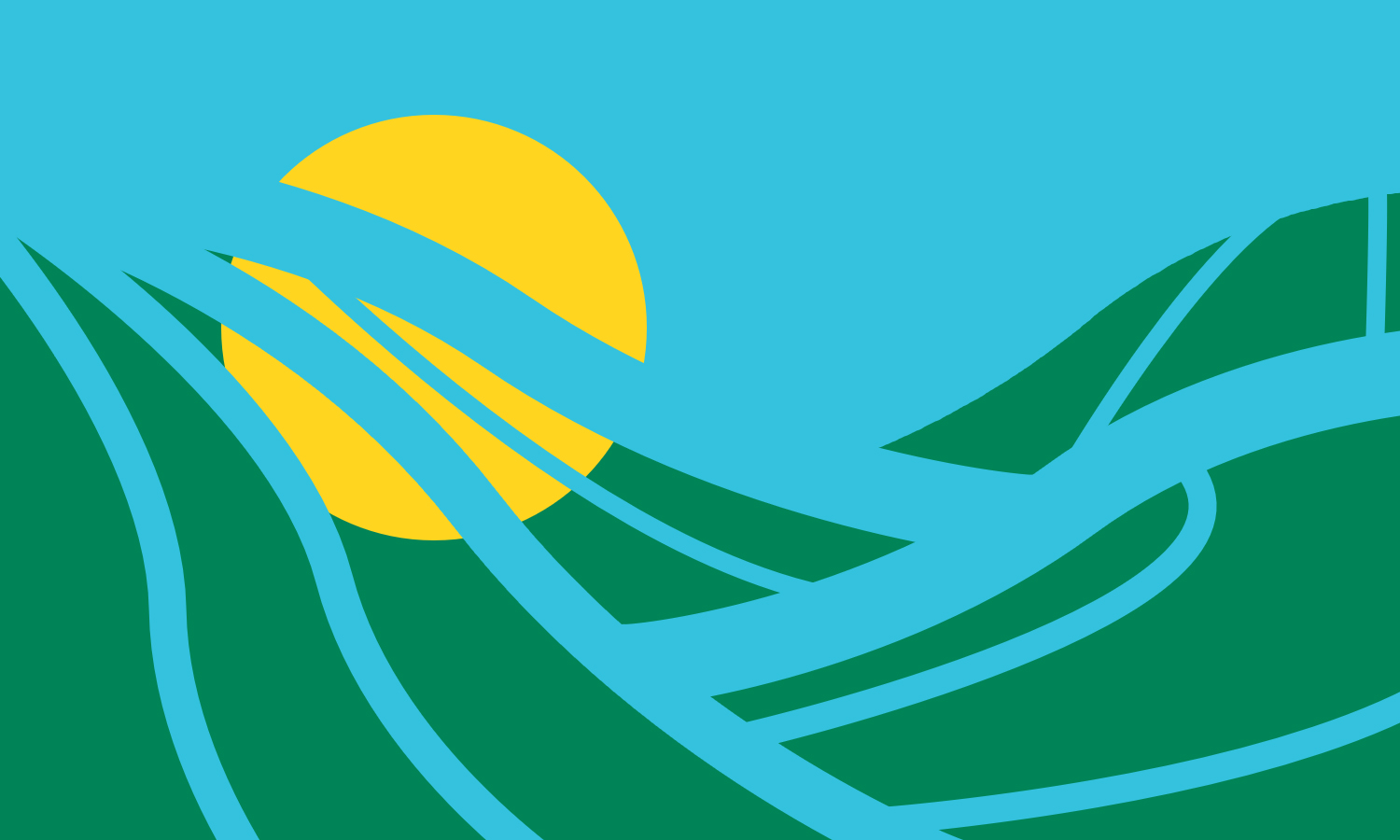 The lines prominent in this design are representative of Walla Walla's notorious rolling hills, blue mountains, and many streams. The drastic yellow circle, whose color comes from the Washington state flag's emblem, symbolizes the rising sun. It both adds body to the hills by peaking over them and casting a reflection in interpretative waters below. The green in the hills and blue in the sky are also pulled straight from the Washington state flag. 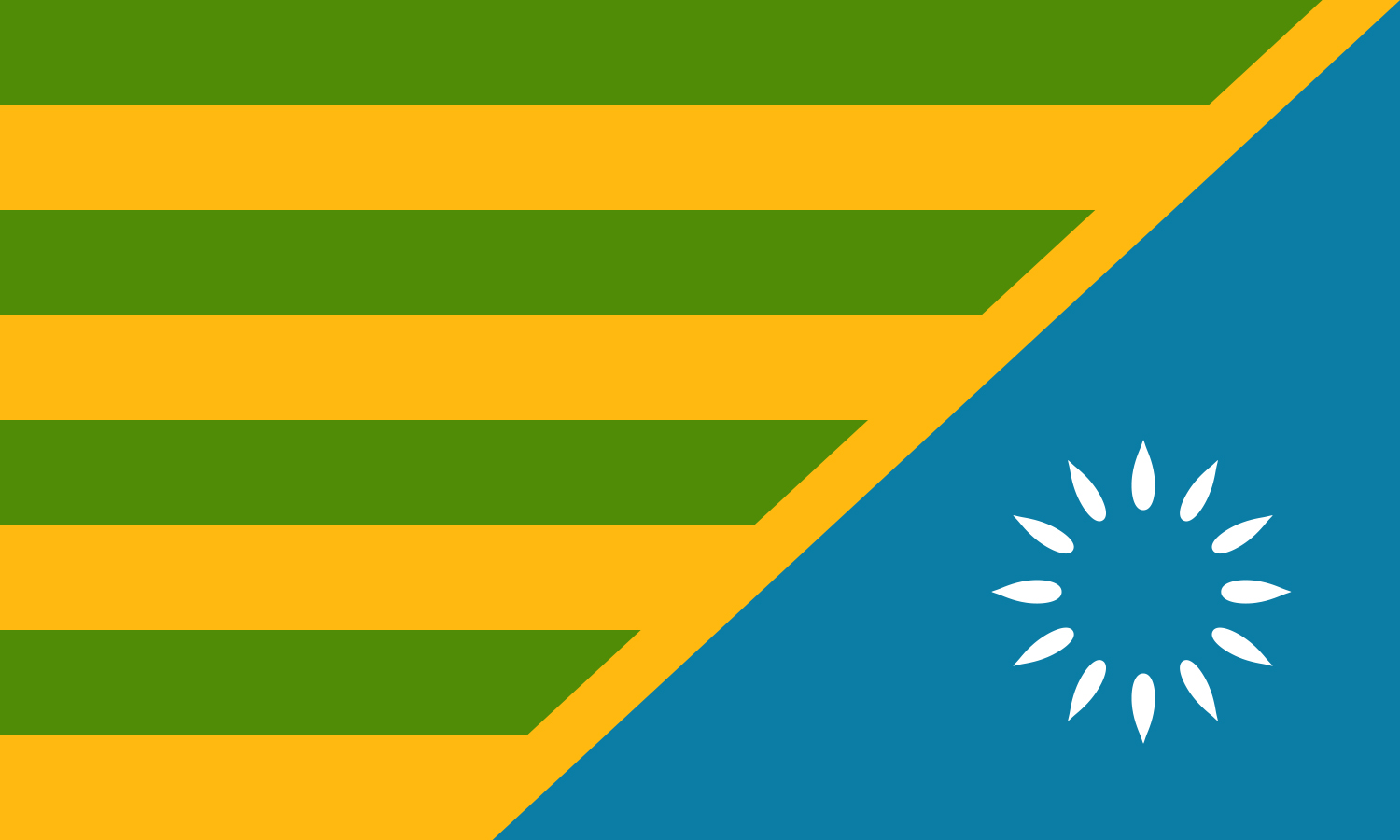 Green and gold progressive stripes: growth and the rows of crops within the fields of the valley. The white seed circle marks the location of Walla Walla within the state and represents the seeds of the various crops harvested throughout the area. Blue triangle: the Blue Mountains. 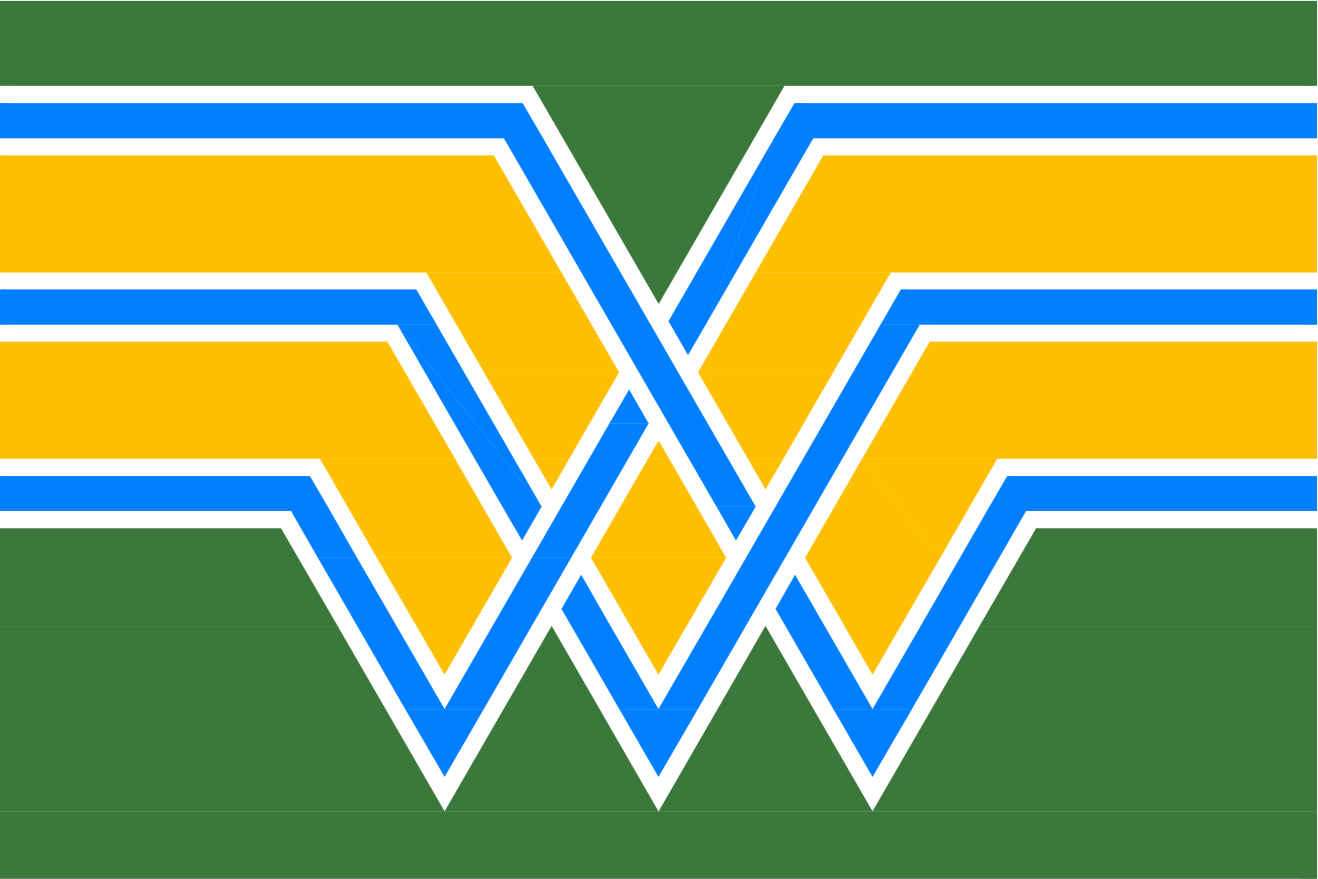 The blue double-"W" design represents not only the first letters of the city name, but also the meaning "land of many waters" or rivers, while the gold color within the blue represents the local wheat industry. The green background represents the state motto of "The Evergreen State." 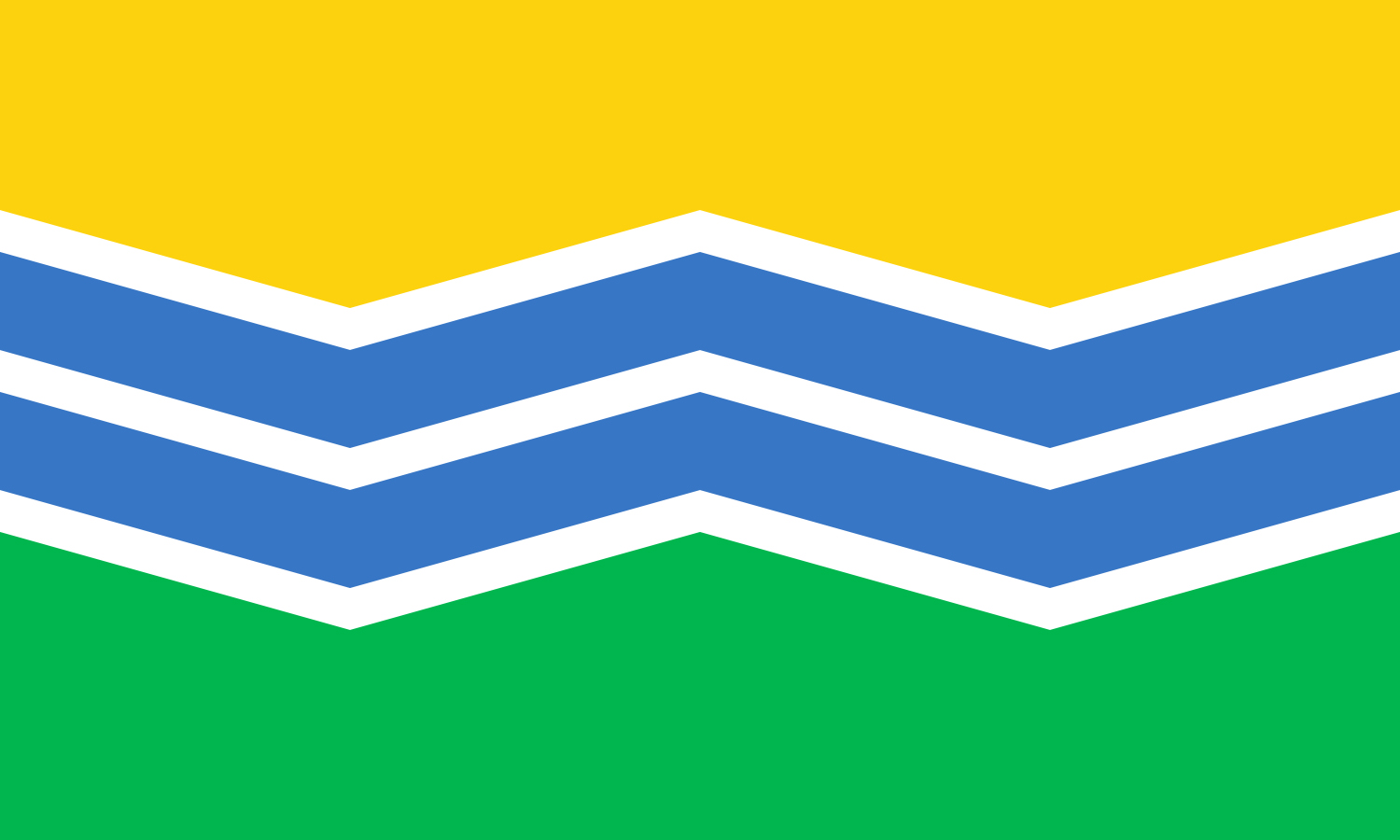 The Sahaptin name "Walla Walla" means "many waters," and the central blue double "W" pattern represents two of the rivers most closely connected to the city: Mill Creek and the Walla Walla River. The white outlines on either side represent the snow-capped Blue Mountains, while the green of the rolling hills and the gold of the wheat fields round out the design.

These Tiny Washington Towns Have Less Than 50 People

You'd be amazed at how many communities in Washington don't even have 50 people. You've probably driven by one or more of these little towns while on a trek across the state and wondered how many people lived there. These numbers are current as of the 2020 Census.

Tri-Cities Eats and Sweets We Can't Live Without

LOOK: The most famous actress born the same year as you

Many of the actresses in this story not only made a name for themselves through their collection of iconic performances, but also through the selfless, philanthropic nature with which many of them approached their stardom. In an age of flipping the script on societal norms, many of these actresses are using their voices and platforms to be advocates for those who are otherwise unheard.
Filed Under: flag, vote, Walla Walla
Categories: Tri-Cities News
Comments
Leave A Comment
Update: WSP Trooper in Stable Condition After Shooting in Walla Walla
State Patrol Trooper Shot in Walla Walla
Successful Bull Rider From Walla Walla Headed To World Finals
Hollywood Great Kurt Russell Really Played Baseball For Walla Walla
Legendary NFL QB Remembers Time at Walla Walla High School With Rare Picture
WA State’s Long-Term Care Tax Possibly Delayed 1 Year Before It Goes into Effect
White Pass Ski Area For Sale? Shareholder Vote is Tuesday
3 Important Do’s & Don’ts For Honoring The Fallen on Memorial Day
Guess Who’s Back? Old Glory Waves Proudly on Blue Bridge